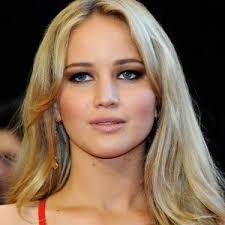 At the last Oscars, we heard from Patricia Arquette proclaiming for women’s equal rights regarding pay. Meryl Streep enthusiastically hollering in her support.  It seemed a little out of place at the Oscars, but while I thought that was nice of them – I wondered how they could possibly relate to many women? Or were they complaining about making 15 million as opposed to their co-stars making 20?

Then, Jennifer Lawrence joined the bandwagon. As I almost rolled my eyes at yet another Hollywood Elite,  I read her “Blog” for LennyLetter.com  by Lena Dunham (simply subscribe to read other posts) – I found her approach and statements may RESONATE & IMPACT more women. She’s taking the mindset that she needs to be a better businesswomen – that maybe she said “yes” too quickly to her pay and/or underestimated her worth.

While she makes several poignant statements, a few  jumped out at me – especially the one of our strong desire to “be liked”.

Jennifer said, “But if I’m honest with myself, I would be lying if I didn’t say there was an element of wanting to be liked that influenced my decision to close the deal without a real fight. I didn’t want to seem “difficult” or “spoiled.”

She’s so on point.  We are brought up to be nice, and to be careful of what we say so we aren’t viewed as ‘difficult’ – but our strong desire to be liked is not serving us.

Jennifer added, “At the time, that seemed like a fine idea, until I saw the payroll on the Internet and realised every man I was working with definitely didn’t worry about being ‘difficult’ or ‘spoiled’.  She adds now, “I’m over trying to find the ‘adorable’ way to state my opinion and still be likable.”

“I didn’t get mad at Sony. I got mad at myself. I failed as a negotiator because I gave up early,” she said.

Fired Sony exec Amy Pascal said when asked about the disparity. “I run a business. If people want to work for less money, I’ll pay them less money. I don’t call them up and go, ‘Can I give you some more’?”

So here’s part of the SOLUTION:  We Need to ASK!  I searched on Amazon and there are several books on the topic of  Women Don’t Ask – Let’s Empower One Another –  ask for what we want and not fear the idea of being  “disliked” for it.

In one hacked Sony email, actress and director Angelina Jolie was referred to as a “spoiled brat.” Lawrence ended her post by saying that, after her experience, she wasn’t surprised.
“For some reason, I just can’t picture someone saying that about a man.”

Why Do I Make Less Than My Male Co‑Stars?

By Jennifer Lawrence for LennyLetters.com

When Lena first brought up the idea of Lenny to me, I was excited. Excited to speak to Lena, who I think is a genius, and excited to start thinking about what to complain about (that’s not what she pitched me, it’s just what I’m gonna do). When it comes to the subject of feminism, I’ve remained ever so slightly quiet. I don’t like joining conversations that feel like they’re “trending.” I’m even the asshole who didn’t do anything about the ice-bucket challenge — which was saving lives — because it started to feel more like a “trend” than a cause. I should have written a check, but I f___ing forgot, okay? I’m not perfect. But with a lot of talk comes change, so I want to be honest and open and, fingers crossed, not piss anyone off.

It’s hard for me to speak about my experience as a working woman because I can safely say my problems aren’t exactly relatable. When the Sony hack happened and I found out how much less I was being paid than the lucky people with dicks, I didn’t get mad at Sony. I got mad at myself. I failed as a negotiator because I gave up early. I didn’t want to keep fighting over millions of dollars that, frankly, due to two franchises, I don’t need. (I told you it wasn’t relatable, don’t hate me).

But if I’m honest with myself, I would be lying if I didn’t say there was an element of wanting to be liked that influenced my decision to close the deal without a real fight. I didn’t want to seem “difficult” or “spoiled.” At the time, that seemed like a fine idea, until I saw the payroll on the Internet and realized every man I was working with definitely didn’t worry about being “difficult” or “spoiled.” This could be a young-person thing. It could be a personality thing. I’m sure it’s both. But this is an element of my personality that I’ve been working against for years, and based on the statistics, I don’t think I’m the only woman with this issue. Are we socially conditioned to behave this way? We’ve only been able to vote for what, 90 years? I’m seriously asking — my phone is on the counter and I’m on the couch, so a calculator is obviously out of the question. Could there still be a lingering habit of trying to express our opinions in a certain way that doesn’t “offend” or “scare” men?

A few weeks ago at work, I spoke my mind and gave my opinion in a clear and no-bullshit way; no aggression, just blunt. The man I was working with (actually, he was working for me) said, “Whoa! We’re all on the same team here!” As if I was yelling at him. I was so shocked because nothing that I said was personal, offensive, or, to be honest, wrong. All I hear and see all day are men speaking their opinions, and I give mine in the same exact manner, and you would have thought I had said something offensive.

I’m over trying to find the “adorable” way to state my opinion and still be likable! F___ that. I don’t think I’ve ever worked for a man in charge who spent time contemplating what angle he should use to have his voice heard. It’s just heard. Jeremy Renner, Christian Bale, and Bradley Cooper all fought and succeeded in negotiating powerful deals for themselves. If anything, I’m sure they were commended for being fierce and tactical, while I was busy worrying about coming across as a brat and not getting my fair share. Again, this might have NOTHING to do with my vagina, but I wasn’t completely wrong when another leaked Sony email revealed a producer referring to a fellow lead actress in a negotiation as a “spoiled brat.” For some reason, I just can’t picture someone saying that about a man.